My trip to Kashmir in October 2011 was poorly planned and began rather disastrously until a stranger’s kindness took it from disastrous to delightful.

It feels strange to write about a place I visited almost 7 years ago – especially because, a while after my visit, there were devastating floods and an upsurge in terrorism in the Kashmir valley.

But it was one of the most memorable trips I’ve undertaken, in more ways than one, probably because it was so badly planned and began rather disastrously.

It was some time before October 2011 that I happened to spot a ‘great package’ to Kashmir on one of those deal websites that are now defunct. I booked the package and tickets for my child and me, and we set out on our 10-day trip to Kashmir.

A hasty decision, no chance of repenting at leisure

As a single mother with a young child, I usually err on the side of caution when it comes to making travel plans or booking a hotel. But this time I let good sense slide and ended up in Srinagar with literally no place to stay.

The hotel manager refused to honour our booking and I was in a panic. After all, I was a single mom with a young child in a destination that wasn’t exactly known for its safety.

Our saviour was the taxi driver, Parvaiz, who drove us from the airport to the hotel. He gave me a sceptical look the moment we stopped in front of the hotel and didn’t seem at all surprised when we emerged looking downcast.

Like a lifeboat rescuing a passenger fallen overboard, he swooped in and saved us from what could have turned into a very sticky situation. He took us to a hotel owned by a friend, a short drive down the road, and booked us in immediately.

I was so grateful I could have hugged him, though I suspect that wouldn’t have gone down well. My child and I settled into the hotel, which was basic but comfortable. We rested while I contemplated our lucky escape, thanks to our quick-thinking and compassionate driver.

From then on, I was happy to put our fate in Parvaiz bhai’s hands, letting him decide our itinerary since he was a local and I knew less than nothing about Kashmir.

Bonus – Kashmir with a local flavour

For the next 10 days, he ferried us all over, from the snows of Gulmarg to a houseboat on the Dal Lake, to the picturesque Lidder river in Pahalgam. He even took us to some charming places that were not on the usual tourist itinerary.

I was touched when he invited us to his home for an authentic Kashmiri wazwan (feast) and we got to meet his wife and kids. It turned out his youngest daughter, Maleha, was the same age as my daughter. I asked him if she could accompany us on our journey so that my child had someone her own age to bond with.

I sat in the front with Parvaiz bhai while he drove us everywhere. Thanks to the kindness he showed us, he was no longer just a tour operator to me. He became my friend, and we talked a lot along the way, or at least as much as my broken Hindi allowed.

In fact, he even called us from Kashmir months after we returned home and promised to invite us to his brother’s wedding. He never did, perhaps because of the floods that devastated Srinagar the following monsoon or the increase in violence in the valley.

But I appreciated his kindness and think of him and his family with gratitude, especially when I browse through photos of his daughter and mine, walking hand in hand or playing together in an empty amusement park along the banks of the Lidder river.

It brings home to me the fact that the world can be a friendly place, even for a single mom, if you place your trust in people and go with the flow. I may never go back to Kashmir, but I’ll always remember how a stranger’s kindness took my trip from disastrous to delightful.

All images are © Priya Florence Shah 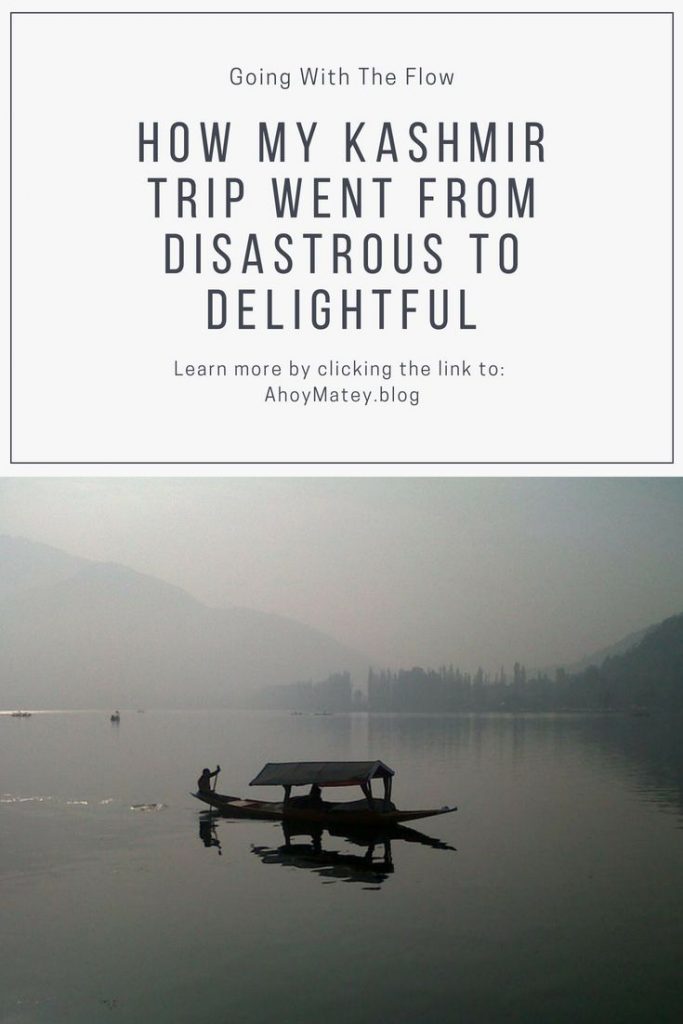